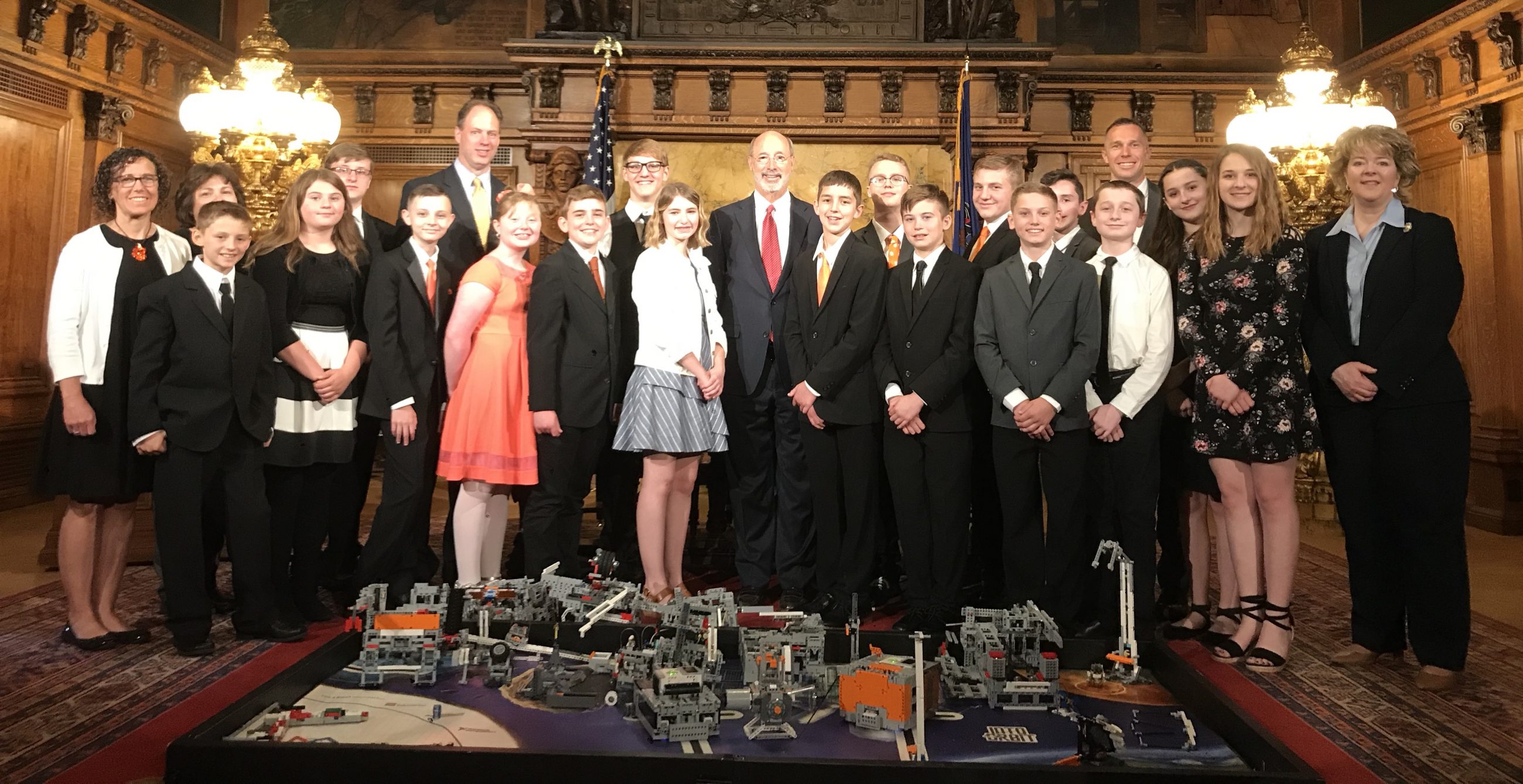 The Sharon Tiger Techs (Team Black) recently competed at the FIRST LEGO League Razorback Open Invitational at the University of Arkansas.  While at this event, the Techs competed against 80 teams from around the United States and the World.   The Sharon team competed in five rounds of robot game and had judging in robot design, project innovation, and Core Values.  After three days of competition, the Techs received First Place in Core Values, First Place with their Pit Design, 13th Place with their Robot Performance, and their coach, Mr. Tomko, received the Hall of Fame Award for coaching.  The team qualified to attend this event after being First Place Champions at the Erie Regional Championship back in January.